This BIS recording of Takemitsu orchestral works is one of my absolute favorites and it's on par with the must-have Denon recordings. The other Takemitsu discs on BIS are also splendid. Plenteous riches!! 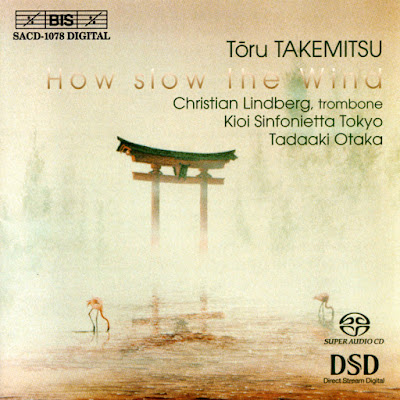 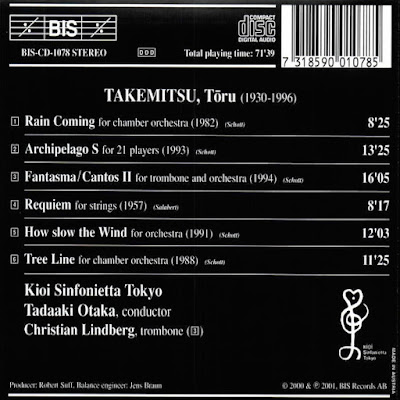 I'm sticking with 'lazy' for now so here's a review from CT:


It is rare to find a disc as creatively programmed as this BIS release. Enhanced by lovely performances, played with great devotion to the memory of the recently-deceased Japanese master, the repertoire was chosen by conductor Tadaaki Otaka and producer Robert Suff, who organized it not only in the most effective succesion, but in a manner that illustrates the works' individual meaning and illuminates Takemitsu's career.

All but one of the compositions are from Takemitsu's late period. The other, the Requiem for Strings, is one of the earliest works to win him fame. Fantasma/Cantos II, for trombone and orchestra, is among the last Takemitsu compositions. Both it and the Requiem provide considerably more forward harmonic motion than the other four works, which are in Takemitsu's typical "Japanese garden" meditative style, a kind of revival of French impressionism using harmonies that are more like Messiaen's than Debussy's.

Christian Lindberg is well known to fans of the BIS label as one of the greatest masters of the trombone, seemingly undaunted by any challenge. He also is a musician of wide interests who has recorded all sorts of music for that instrument. Although his part in Fantasma/Cantos II no doubt is quite difficult, it is not written to make a virtuoso effect, and Lindberg shows that the loudest instrument in the orchestra is capable of unexpectedly subtle, gentle singing. And when Takemitsu permits loud sounds, Lindberg stays within the composer's undemonstrative aesthetic.

The nearest conducting competitor Otaka has in this music is Oliver Knussen, who has recorded four of these pieces for Virgin Classics and Deutsche Grammophon. Otaka gets the nod by banishing (except in Requiem, where it belongs) the hard-edged modernist feeling that slightly impairs Knussen's accounts.

The Kioi Sinfonietta of Tokyo is a select group of top-flight Japanese orchestral players plus some of their most talented younger counterparts. In this age where "training orchestras" frequently are first-rate ensembles, the Kioi sounds like an experienced group of long-term pros. Woodwind soloists beautifully play the short melody fragments that are so common in the descriptive pieces, and the whole ensemble seems to float effortlessly into Takemitsu's trademark meditative mood. The most lovely piece is How slow the wind, which has a gorgeous six-note melody. Tree Line, a more austere and static piece depicting a row of acacia trees near Takemitsu's studio, is impressively dark and mysterious.

The sound is absolutely clear. The disc is an SACD hybrid comprising two stereo music programs (one a standard CD, the other DSD) but no surround-sound, which would have been particularly desirable for the spatially conceived Archipelago S. Overall the SACD offers a substantially more natural sound than the standard CD layer.

In his own field Takemitsu was as important an artist as Kurosawa was in Japanese cinema. This disc is an excellent demonstration of the reason why, and is highly recommended to those who already understand this, but especially to those who have not yet realized it.
--Joseph Stevenson, ClassicsToday.com

I have been listening to (or I could say that it's been a necessary ingredient for living lately) a lot of Takemitsu, so, here are a couple of Takemitsu uploads for everyone to enjoy and bathe in. This disc opens with some rather early pieces and moves right on to works penned towards the end of his life. 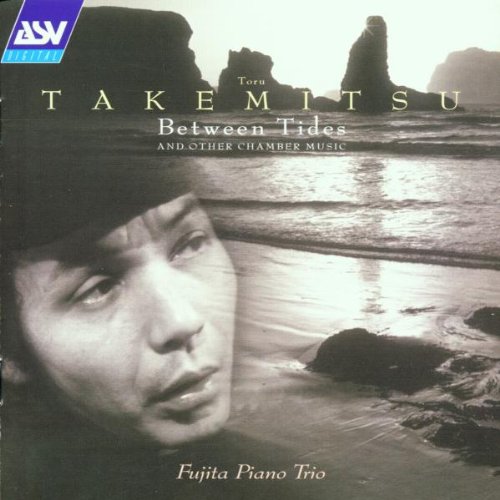 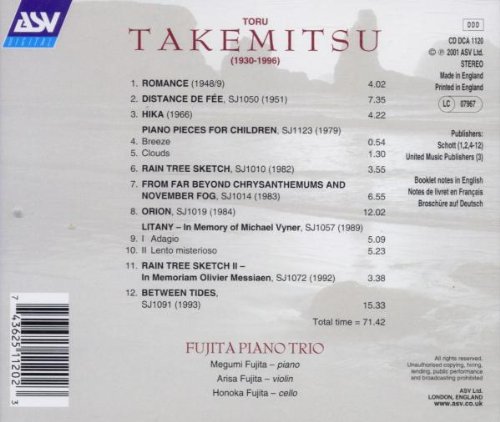 No time for babble today, I present you with the music alone ;)

Making a request on my own blog 😁

I would joyously flip my wig and then do a happy dance if anyone has this recording in particular: 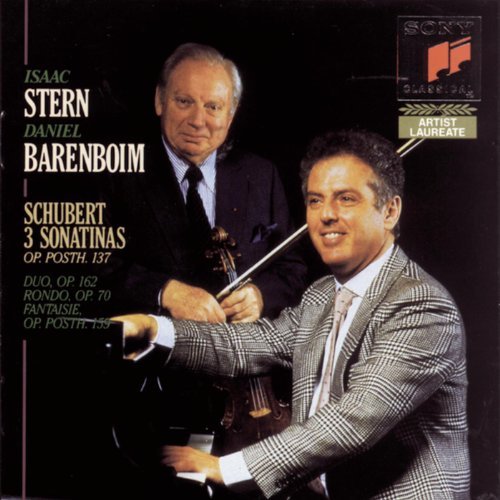 If not, I will simply carry on with the perfect-pitched humming..
Posted by Tzadik at 9:29 AM 32 comments:

The three stooges errm...make that felines

Email ThisBlogThis!Share to TwitterShare to FacebookShare to Pinterest
Labels: Animals, Fun, why not? 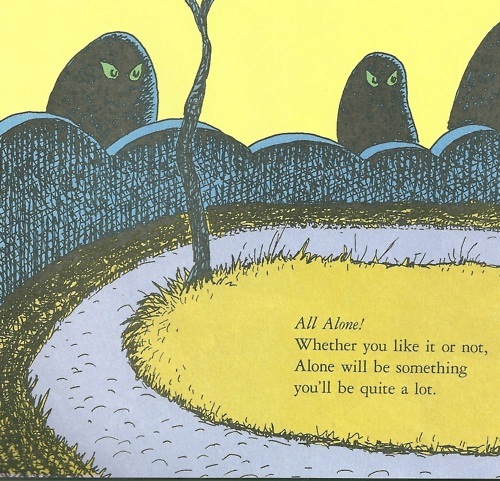